With over 100 members FOAM plays an active part in the life of Winchelsea, hosting and running several events annually that bring people from across the town together in order to raise funds for the upkeep of these ancient monuments.

Events open to all include interesting talks on a range of historical subjects, cellar tours, walking tours and quiz nights. Our events are designed to be enjoyable and accessible for everyone. Members of FOAM often benefit from discounts to our events as well as invitations to our annual Carols in the Court Hall concert.

If you are new to Winchelsea, or just discovering FOAM for the first time and want to help support our efforts in fundraising to help protect and preserve these invaluable ancient monuments please contact us from the details here on the website to join for a small annual fee.

Pipewell Gate gave access to the ferry and later to the road which led from Winchelsea to Rye.
Its alternative name is Ferry Gate. It is newer than the others. Destroyed in the French attack in 1380, it was rebuilt in 1404 by John Helde the Mayor. The remains of his shield can be seen on the ferry side of the gate.

The road plunges down hill beneath a steep cliff and it was here that King Edward I had a miraculous escape. He was at Winchelsea to view the fleet, loading for his Flanders campaign of 1297-8, and approached the top of the cliff, which was crowned only by a low earth wall. His horse shied at a nearby windmill, jumped the wall then, with its rider, disappeared down the precipice. Crowding horror-struck to the edge, the townsfolk were in time to see the horse land a full thirty feet below on the road, where it slid twelve paces, stumbling and staggering before the king, still in his saddle

“turned him round with the rein and rode him straight up to the gate. When he passed through the gate the people standing round were filled with great joy and wonder in contemplation of the divine miracle by which the King was preserved.”
Conservation work was carried out by Winchelsea Corporation in 2016 with funding from The Friends of the Ancient Monuments (FOAM) and generous contributions from members of the local community. 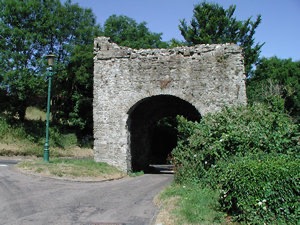 Beyond the ruin of St John’s Hospital and down Wickham Rock Lane is the New Gate, built in the 13th century.

Beside it is the town ditch which, cutting off the peninsula from the mainland and encircling the whole eastern side as a water channel, was an effective part of Winchelsea’s defences.

It was through this gate that the French are said to have gained entry in 1380, perhaps by treachery. This was probably the most serious of all their incursions into Winchelsea. Under the Admiral of France, John de Vienne, they not only sacked this town but also are said also to have burnt Hastings. Appledore, Rye and Portsmouth. The House of Commons petitioned the King for some remedy “because if those towns (Rye and Winchelsea) were taken, which God forbid. the whole country would be destroyed” 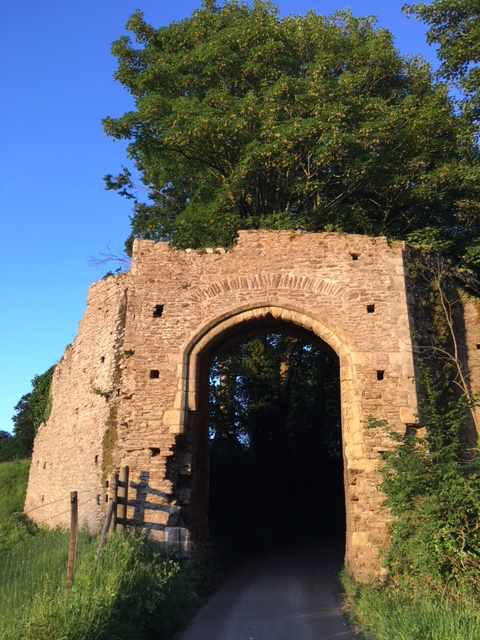 One of the original gates of the town, built in the late 13th century and giving access to the port.

This lay along the River Brede, which was larger than now. The old walls, which crowned the top of the cliff have disappeared. The portcullis grooves can still be seen.

The view of the town from the field below the gate was used by Sir John Millais as the background for his painting “The Blind Girl”. The gate is mentioned in Thackeray’s unfinished novel “Denis Duval”, which provides an interesting description of life in the town during the latter half of the 18th century.

The Strand Gate Appeal raised over £20,000 towards the conservation of this Grade I listed monument which was restored by Winchelsea Corporation with funding from English Heritage in 2008. 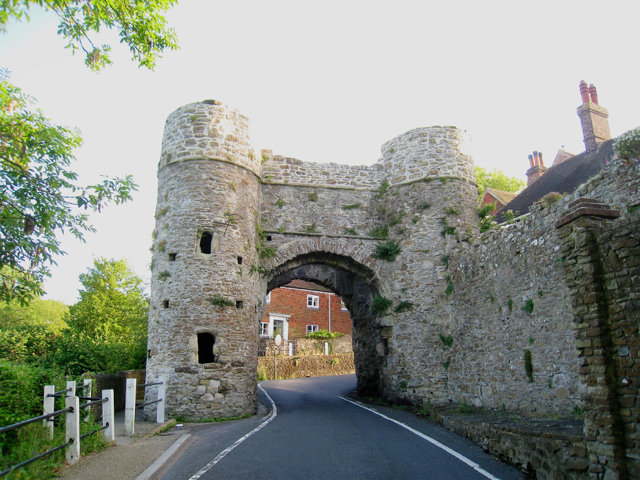 The Court Hall is one of the oldest buildings in Winchelsea though it was drastically restored in the 16th century.

Parts of it are probably as old as the town itself and it may incorporate still earlier materials. The notable crown-post roof is 15th century and there is a fine medieval chimney. Unfortunately the cellar is filled with rubble but the entrance is visible at the west end of the building. The lower rooms were the Town Gaol in the 18th century, and are now used for meetings and functions.
The Museum is housed on the upper floor and contains many interesting exhibits, mostly local, and is open throughout the summer. One of the most noteworthy features is the list of Mayors of Winchelsea shown on a series of oak boards. This list, far fuller than that of most towns, is complete from 1430 and is partially complete from 1295 when Mayors first replaced the King’s Bailiffs.

The Court Hall is still the meeting place of the Corporation. Here, on Easter Monday each year, a new Mayor is elected. Winchelsea Corporation, like the City of London, elects Freemen from whom up to 12 Jurats are selected annually at the Mayoring to assist the Mayor. There are also a Town Clerk, Chamberlain and Sergeant at Mace.
The Mayoring is a very ancient tradition. It has been enacted on Easter Monday for 700 years and, probably in this hall since 1665. 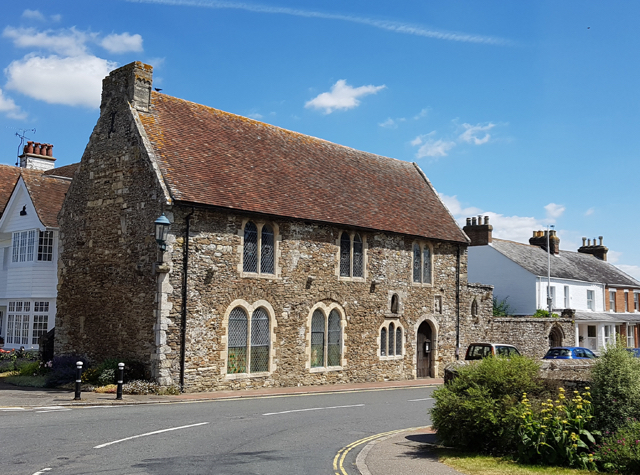